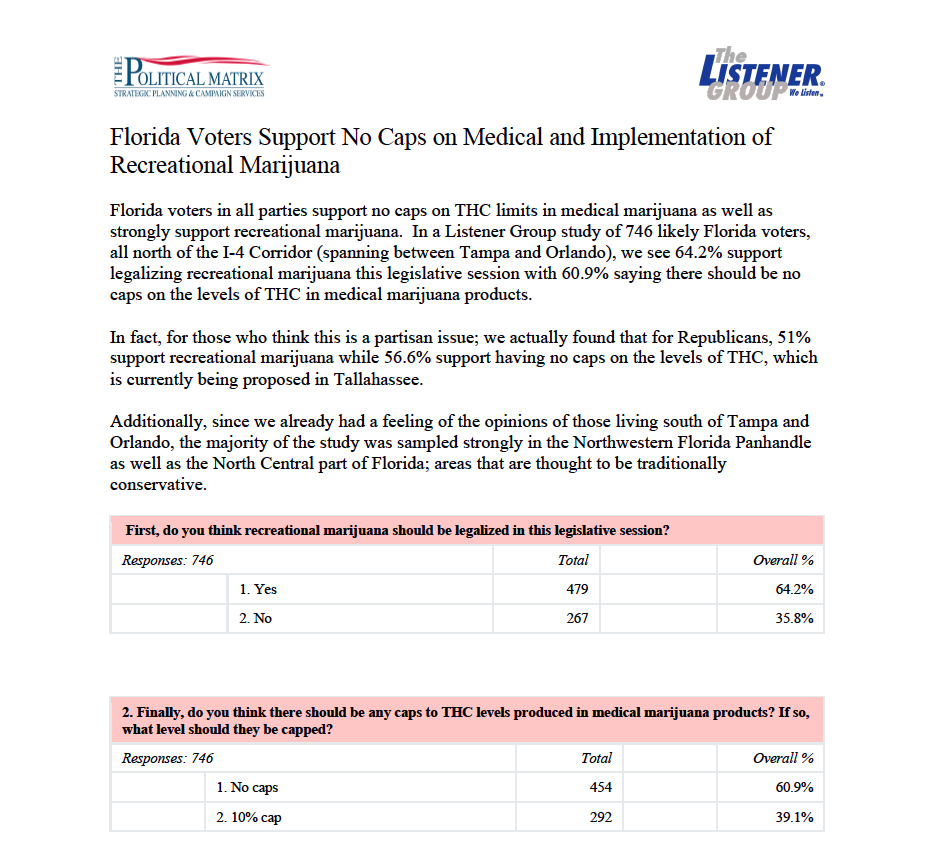 In fact, for those who think this is a partisan issue; we actually found that for Republicans, 51% support recreational marijuana while 56.6% support having no caps on the levels of THC, which is currently being proposed in Tallahassee.

Additionally, since we already had a feeling of the opinions of those living south of Tampa and Orlando, the majority of the study was sampled strongly in the Northwestern Florida Panhandle as well as the North Central part of Florida; areas that are thought to be traditionally conservative.

All Rights Reserved, The Listener Group 2020